Officially known as the Carolina Renaissance Festival and Artisan Marketplace, this event is held every October through Mid November on the weekends.  Apparently it is also open for school field trips during some of the week days during that time.

I had heard of these events before and they are held in numerous locations across the US.  I had also heard of this particular site since it has been held annually in the same location for several years.  But I still did not know exactly what to expect.  Was I in for a surprise! 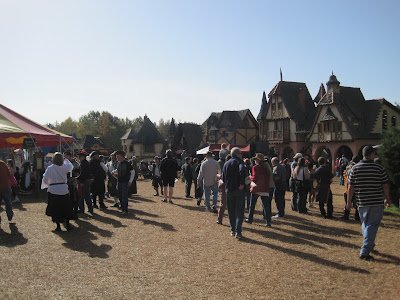 As you can see, it was crowded even early in the day.  We arrived shortly after the opening time to try to beat some of the crowd.  And around mid afternoon, the place was really packed.  You can see some of the buildings in the background.

I have always been a bit of a history enthusiast,  so from that perspective, I may have been a little disappointed.  Without any preconceived notions, I was kind of expecting something more along the lines of a Colonial Williamsburg, with most of the "characters" in period costume and actually speaking of events and activities as if they were actually there in that period.  What I found was a conglomeration of stuff.  This is a money making entertainment event though, not necessarily a history lesson.  So with that in mind I put away the need to be historically correct and enjoyed the entertainment. 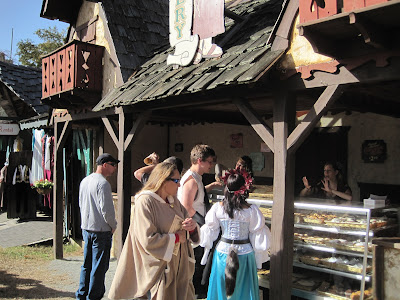 And entertainment was aplenty!  Jugglers, sword swallowers, fire eaters, a sword swallowing fire eater, musicians, pirates, vikings;  I guess anything that pop history places in the "olden days" was represented there. 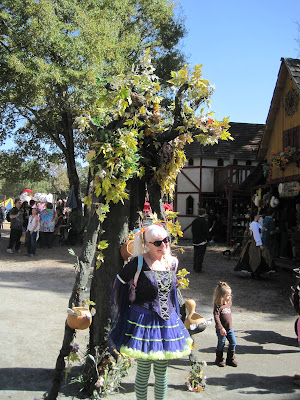 Take a close look at the "Tree" in the photo above.  It's really a person dressed like a tree, you know, like the apple trees in the "Wizard of Oz".  I may not have even noticed him if he had not been pointed out. 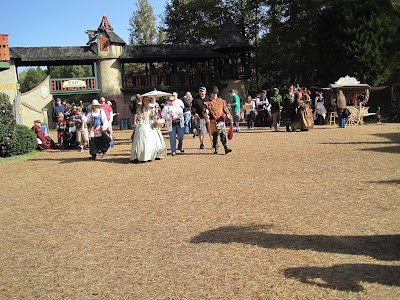 Another thing I found very interesting and entertaining.  Many of the attendees came dressed in their own costumes.  Thats right, I saw people lining up to buy their tickets wearing everything from pirate outfits to kids in fairy costumes and everything in between. 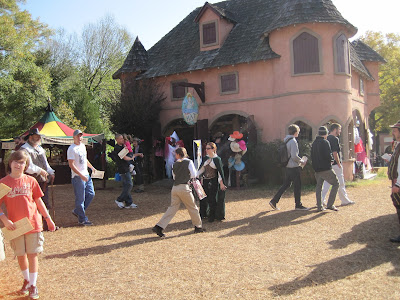 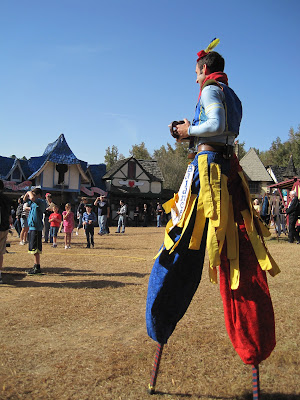 Here is the sword swallowing fire eater I mentioned earlier.   He actually had a pretty entertaining show under one of the big tents stages set up.   There were 11 or 12 of these large stages with something scheduled at each one during the entire day. 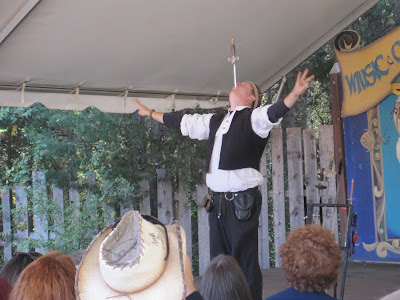 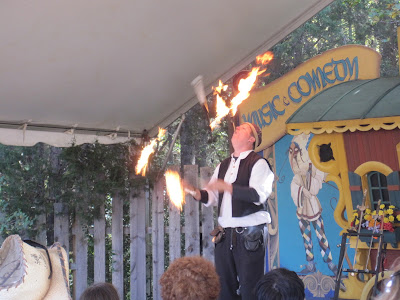 There were lots and lots of crafts and items to buy as well.  Here is one of the artisans making pottery that he was selling in his booth. 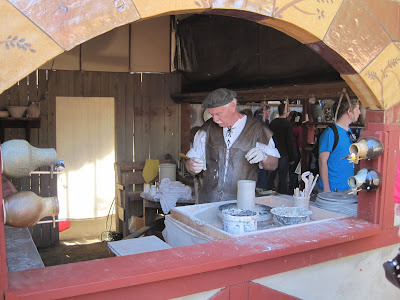 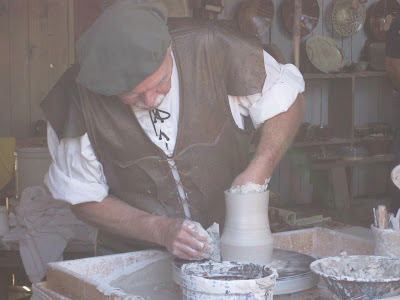 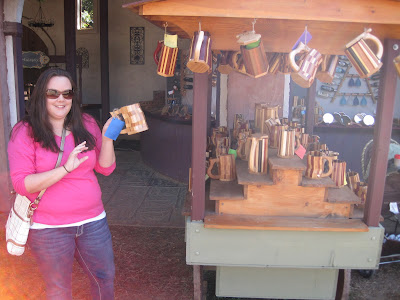 Here is a display of some very intricate (and expensive) wooden cups made with wood inlays and put together like a parquet floor.

And one of the entertainers sitting under a tree playing her lyre.  She also had a beautiful voice to match. 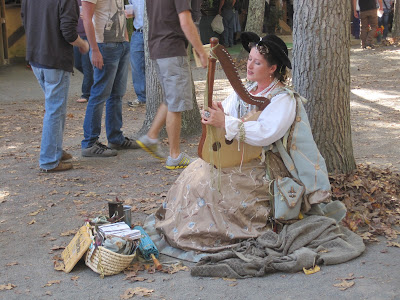 Of course there was jousting at one of the shows.  It was very hot and dusty at the jousting arena, and also very crowded, so we didn't stay to watch the show.

Did I mention food?  Just like any worthwhile fair, there was plenty of food consessions and many people standing in line to get it.  While the price was expensive, it was reasonable given that it was the only game in ye ole town!

By about 3:00 PM we had had our fill of all the fair had to offer so we headed home to beat the crowds exiting.  We didn't need to worry about from the traffic flow.  Many many more were making their way in to enjoy the evening.

All in all, it was a fun and interesting day.