A very lazy day in the lower Keys for us today.  We really took it easy.  I mean the easiest of the take it easy kind.  Well I take that back, we did wash a load of clothes in the laundry room here at Bluewater Key, and we took a short ride over to the Atlantic side of Sugarloaf Key. 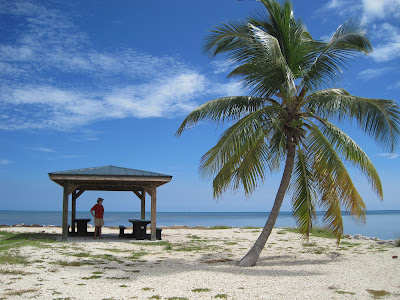 We talked to a couple of guys unloading their kayak for a trip out to the reef for some diving.  There is alot of wildlife in the area.

Here is a picture of the coast looking NorthEast: 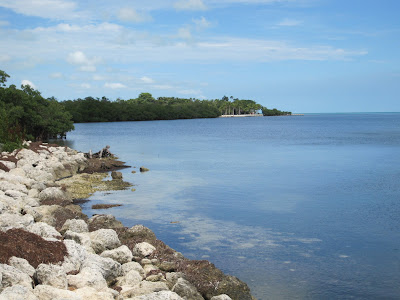 And from the same spot looking in the opposite direction out toward the reef.  That is Sugarloaf Creek in the foreground. 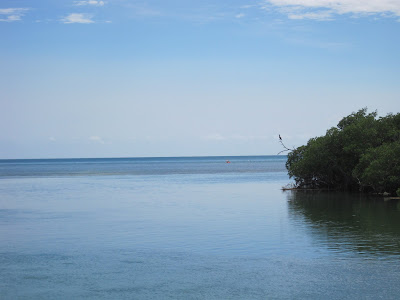 Back at the RV park, we did some of our own swimming.  Here is Pam doing some Keys Noodling. 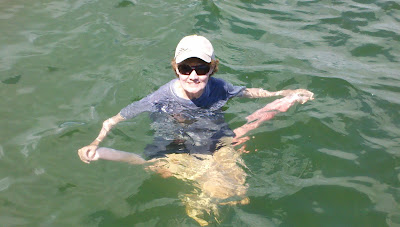 I mentioned the daily "Air Show".  There are always plenty of birds in the keys.  This fellow spent the afternoon watching us from the dock next door: 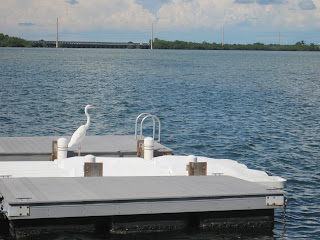 And of course, there is always Fat Albert, a tethered blimp with a somewhat mysterious background.  Stationed at Cudjoe Key, we can easily see the blimp from our RV site.  Pictures are very difficult to get due to the distance and the fact that he blends in with the sky.  Here is Fat Albert almost down from his fully tethered position.  Look hard and you can see him: 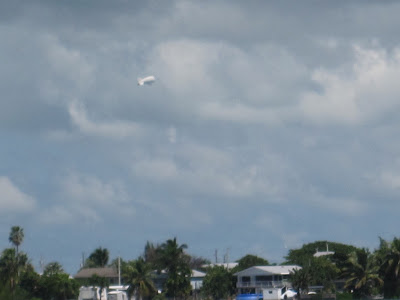 It is very hard to get the proper scale on a shot like this, but that blimp is about 7 or 8 miles away, and is only about 20% of his normal flying altitude!

The "air show" also includes the fascinating buildup of those big puffy clouds as the wind brings the moisture from the ocean. 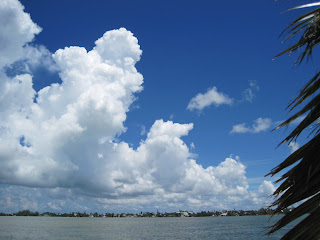 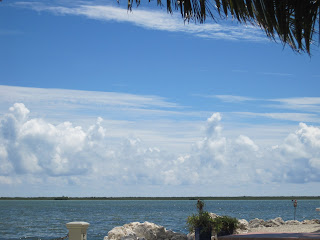 We also watched an Osprey fishing in the sound today.  After several dives he brought up a pretty large fish in his talons.  Of course, I didn't have the camera ready for that one.

Another part of the air show is watching the occasional flight of jets based out of Boca Chica Airbase.  Those pilots are awesome and to see their speed and the way they fly in such close formation is amazing.

Oh well, as I said, another lazy day in the keys.  Goodnight Bobbi. 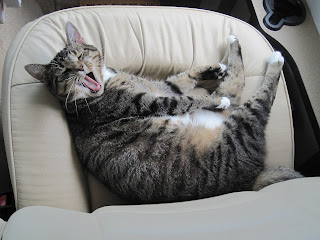